Why does a killer frog jump in my house the night my husband isn't home?  It's like the murderous frog knew Jay wasn't home. 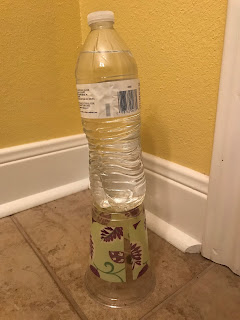 I let Maggie, our black lab, out to potty last night and I see something slink in the house.  I thought it was a gecko.  I followed Maggie on outside to make sure she did her business and contemplated my next move with (what I thought was) the gecko.

I decided to get a plastic cup to capture it then put something heavy on top to hold the cup down.  After that I didn't have a plan.  I sure wasn't going to get it outside.  I did think if I saw the neighbor I might ask him to come get it otherwise... it was going to be waiting for Jay to get home.

When Maggie and I got back in the house I quickly realized my mistake.  It wasn't a gecko.  It was a frog.

I really don't know which is worse.

So I get my trusty plastic cup and a water bottle to put on top for weight and head to the corner of the breakfast room where the frog sits in the corner.  Maggie, my trusty protector is by side with her ears alert and eyes on the prize.

She charges the frog before I do which sends it hopping behind the breakfast table.  And makes me scream like a little girl.  Which makes Reagan come running out of her room to check on me.

I local the frog again and quickly capture it with the plastic cup and sit the water bottle on top.

My brave 14 year old daughter uses a paper plate and a bundle of bunched up paper towels to get the killer frog out the back door.  Thank goodness for her bravery cuz that vicious frog would still be waiting under the plastic cup for Jay to get home.
Posted by Unknown at 10:09 AM 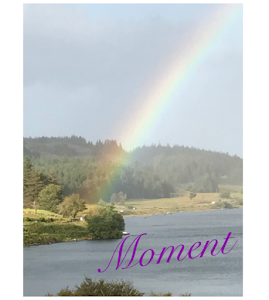 I'm an elementary librarian.  I love to read and share books with others.  I have the best job!

Besides reading I like going to the movies with my family and making jewelry with my friends.

Coffee is a must.  Chips and salsa are a close second.  Chocolate comes in thrid.

The Price of Silence: A Mom's Perspective on Mental Illness
by Liza Long
tagged: currently-reading